This incredible Summon Ticket-only Summon is on now! 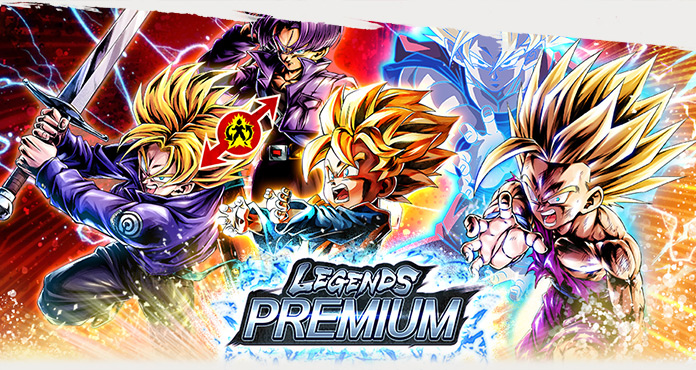 A ticket with which you can play the corresponding Summon.*You won't be able to use this ticket after the Summon event period ends.
Summon Tickets are available for purchase at the Shop.

Nullifies enemy's "Restores own health when it reaches 0" effects for 3 timer counts when this character attacks.

Applies the following effects to allied "Character: Gohan" upon activation.

The following effects occur if 25 timer counts have elapsed since battle start.

Applies the following Attribute Upgrades to self when this character uses a Special Arts.

Reduces next damage sustained by 20% (cannot be cancelled, cannot be stacked).
+50% to next Special Move Arts damage (cannot be cancelled, cannot be stacked).
Z Ability
Z Ability II
+22% to "Episode: Sagas From the Movies" base Strike Defense during battle.
Unique Ability
It's Futile!
Draw a Special Arts Card next when this character enters the battlefield (activates 2 times).
Gigantic Throw
Reduces damage received by 50% until combo ends when changing cover.
Knocks back enemy to long range if a cover change is performed against their Strike Arts attack.
Inflicts all enemies with Attribute Downgrade "-80% to Ki Recovery" for 10 timer counts when activated.
+5 to own substitution count when activated.
DBL12-01S
Super Saiyan Goku

+30% to Rising Rush damage inflicted if there are 3 battle members left and the 2 standby members are either "Character: Gohan" or "Character: Goten".

Restores Ki by 30.
Increases Arts Card Draw Speed by 1 level for 10 timer counts.
Proud Inheritance
Applies the following effects to allies when this character is defeated:

+2 to own substitution count as default.
Family Bonds
The following effects occur per "Tag: Son Family" battle member when this character enters the battlefield.

Requirements: 25 timer counts must elapse.
Ultimate Skill
Neo Super Dragon Fist
Deals massive Impact damage.
25% chance to inflict Faint on hit.
Special Skill
Unlock Ki: Form of Attack
+25% to Strike damage inflicted and -5 to own Strike Arts cost for 15 timer counts.
Z Ability
Z Ability II
+21% to "Tag: Saiyan" base Blast Defense during battle.
Unique Ability
Not Used to the Change Yet
+20% to damage inflicted for 10 timer counts every time this character enters the battlefield.
The following effects also occur depending on the number of timer counts elapsed since the start of the battle.

Running concurrently with the EX or Higher Guaranteed Ticket Summon!

*SPARKING rarity characters are not guaranteed in this Summon.

A ticket with which you can play the corresponding Summon.*You won't be able to use this ticket after the Summon event period ends.
Summon Tickets are available for purchase at the Shop.